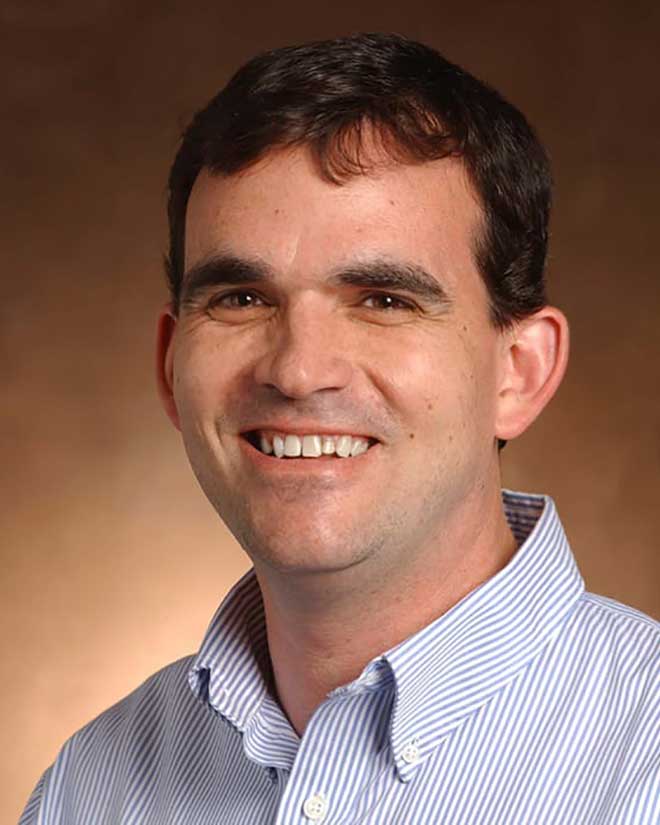 Lee A. (Ted) Denson, MD attended the Medical College of Virginia, where he worked in the laboratories of Ed Spence and Barry Wolf studying the genetic basis for pediatric diseases. He completed training in Pediatrics and Pediatric Gastroenterology at the Yale University School of Medicine, where he worked in the laboratory of Saul Karpen studying the molecular basis for inflammatory cytokine regulation of liver gene expression.

Dr. Denson then moved to Cincinnati Children’s Hospital Medical Center, where he holds the M. Susan Moyer Chair in Pediatric Inflammatory Bowel Disease (IBD) and serves as the Medical Director of the Schubert-Martin IBD Center and the Research Director for the Division of Gastroenterology, Hepatology and Nutrition.

He has been an active member of the Crohn’s and Colitis Foundation (CCF) National Scientific Advisory Committee, as past chair of the Pediatric Affairs and Research Initiatives Committees, and current co-chair of the Ad Hoc Grants Review Committee.

His research program has focused upon discovering mechanisms of inflammation in IBD and translating these discoveries to the clinic. In this capacity, he has been active in the development and implementation of two inception cohort studies — the CCF-sponsored RISK study in pediatric Crohn’s disease and the National Institutes of Health-sponsored PROTECT study in pediatric ulcerative colitis. These studies aim to identify and validate predictors of
disease course and treatment responses in children with IBD, to guide more personalized medicine.

In 2017, Dr. Denson was awarded the Sherman Prize for Excellence in Crohn’s and Colitis for his exceptional and pioneering achievements.